SF Weekly on the Ruyle Campaign 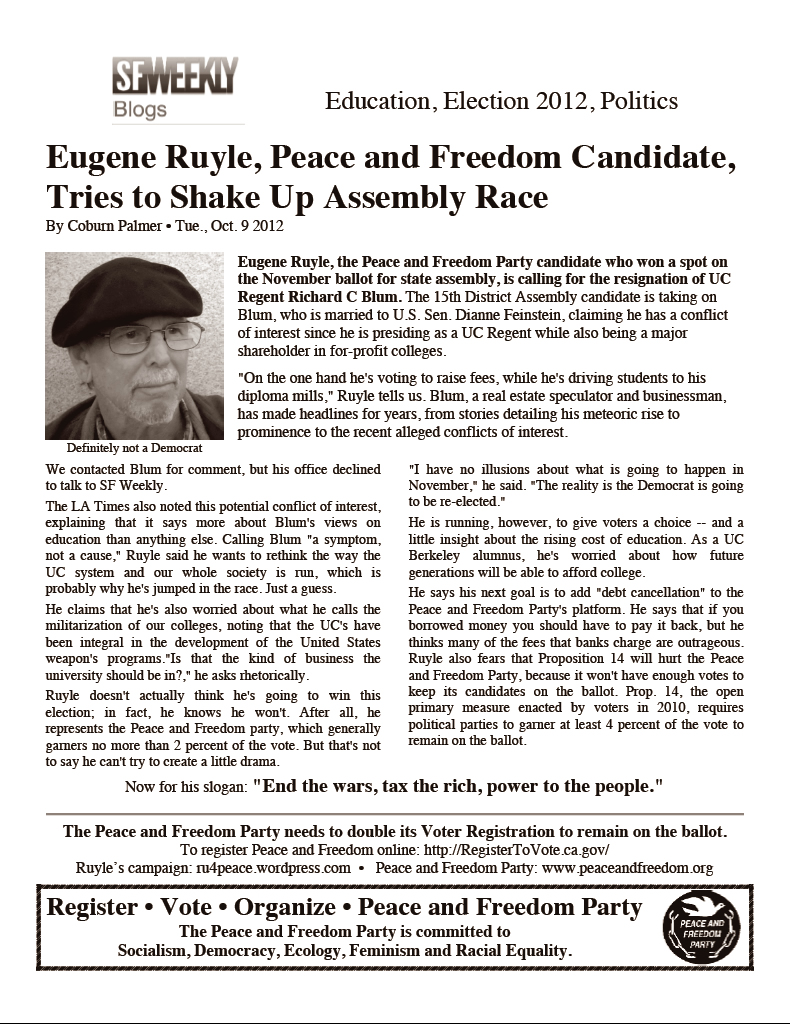 END_OF_DOCUMENT_TOKEN_TO_BE_REPLACED

The League of Women Voters of Oakland (LWVO) was forced to cancel its Forum for Candidates for 15th Assembly District due to incumbent Assemblywoman Nancy Skinner’s refusal to participate. The Forum was to have included both of the “Top Two” candidates, incumbent Skinner and challenger Eugene Ruyle of the Peace and Freedom Party. Originally scheduled for Sept 6, the event was re-scheduled to Oct 2 because Skinner was not available for the earlier date. LWVO’s procedures require that both candidates participate in a two candidate forum.

END_OF_DOCUMENT_TOKEN_TO_BE_REPLACED 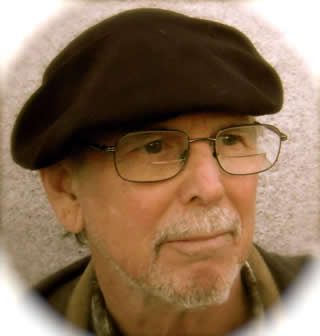 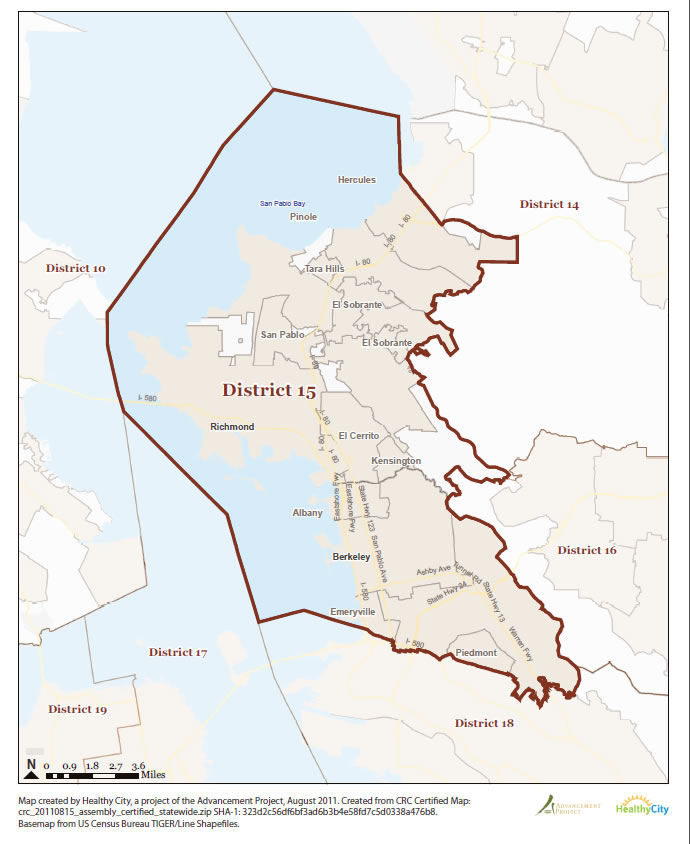