This is the front page of the 2012 campaign website as it appeared immediately before the state convention, which was held on August 4 and 5, 2012.

Presidential Primary: The State Central Committee has not taken a position for or against any of the four candidates in the Peace and Freedom Party Presidential primary.

Legislative offices: The Peace and Freedom Party has endorsed these candidates for Congress and the State Legislature. Clicking on a candidate’s name takes you her or his page on this site.

Also on the ballot for U.S. Senate and giving Peace and Freedom as his party preference is Kabiruddin Karim Ali.

For information on voting for write-in candidates, see this article.

This June your ballot will be different. Except for the Presidential primary (which hasn’t changed), you will no longer vote for candidates to represent your political party in November. Instead, you will vote on which two candidates get to run again in the fall. The party labels that appear next to the candidates’ names will have little meaning because political parties no longer control the use of their names.

But you won’t see the real change until November, when you will have only two choices. They might well both be Democrats or both be Republicans. “Top two” elections relegate small party and independent candidates to June when fewer people turn out to vote.

The confirmed speakers are (listed alphabetically):

The Peace and Freedom Party‘s Los Angeles County Central Committee is pleased to invite you to attend a candidate forum Friday August 3, from 6:30-8:30 pm. This is the final forum before Saturday’s Convention vote, and an opportunity for all five candidates to present their views, programs, ideas and reasons for seeking the Peace and Freedom Party Presidential nomination.

Journalist and author James Tripp will moderate. Each candidate will have an opportunity to make a brief opening statement about themselves, their reasons for running and their campaign. The forum will cover topics ranging from foreign policy, economic recovery and job creation, healthcare, and education, selected from the Peace and Freedom Presidential Candidate Questionnaire. Then candidates will be able to respond to questions from the audience. Finally, all candidates will make a brief closing statement.

A reception with socializing and light refreshments will follow. Each campaign will be provided with a campaign table in the reception area for literature and volunteers. 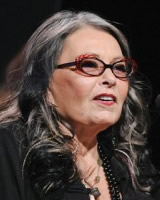 END_OF_DOCUMENT_TOKEN_TO_BE_REPLACED

Here are partial results reported to date for the Peace and Freedom candidates in the June 5 election.

Note that write-in votes are not yet counted in Los Angeles County.
Eugene Ruyle (15th Assembly District) and Lee Chauser (33rd State Senate District)
are certain to advance to the second round in November because they are the
only certified write-in candidates in districts where only one candidate is
named on the ballot. Mary McIlroy also advances to the November election.

These results for legislative offices in which Peace and Freedom candidates
were listed on the ballot were last updated at 3:07pm on June 27.

All write-in votes have now been reported, as shown in the following table.

Here are close-to-final results of the Peace and Freedom Party presidential
preference primary, last updated at 3:32pm on June 27. Alameda County is the
only one to have reported write-in votes to the Secretary of State; valid write-ins
in other counties are not included here.

The outcome is not binding on the State Convention, which will nominate the party’s candidates for President and Vice President on August 4 and 5. Peta Lindsay, who was excluded from the primary election ballot by the Secretary of State, will also be a candidate at the convention.

Here are partial results of the contested Central Committee elections. Where the data is available, we report percentages of total turnout as well as percentages of the total number of votes (where each voter has several votes). We think this approach is more meaningful than the way "vote for N" elections are reported by election officials. But it isn’t perfect either because Peace and Freedom registrants who didn’t vote for any Central Committee candidates are included in the denominator.

In Alameda County, 5th Supervisorial District, six candidates were elected.
These numbers were last updated at 4:10pm on June 11 . Alameda County says
they are the final results.

In Los Angeles County, 62nd Assembly District, seven candidates will be elected. These results were last updated at 2:54pm on June 12.

In San Francisco, 11 candidates were elected. These numbers were last updated at 4:12pm on June 15. San Francisco has indicated that they should be considered final. A tie for the eleventh seat was resolved by lot on June 20.

Click on the image of page 1 to download the Adobe Acrobat (pdf) document. Print on both sides of letter (8.5 x 11) paper, then fold once.